The Beginning of a New Year 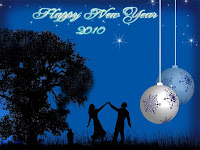 There’s something to be said about starting with a fresh canvas;

2009 was painted in broad strokes, excitements, adventure, victories and defeats.

It was a year I entered two manuscripts in RWA’s Lone Star writing contest. My romantic suspense didn’t final, however my historical romance Surrender The Storm placed second in the contest. I purchased a new laptop, learned new programs, one of them being Microsoft Office Word—which I love! Writing, editing--you name it is so much easier with the program. As for adventure; my parents and I packed up and headed for Vancouver Island for the winter. For me the year flew by.

I have no new year’s resolutions. For me as long as I learn and grow as a writer and put my best foot forward in all I do, I’ll accomplish my goal.