My Heart Melted For the Movie Flipped 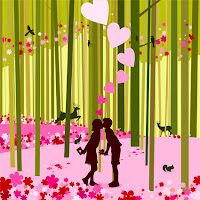 If it’s a romantic coming-of-age movie you’re looking for then I highly recommend the 2010 movie Flipped.
The film is an adaptation of the novel Flipped by Wendelin Van Draanen and although the author's story is set in current times, director and screenwriter Rob Reiner chose the era of the late 50s and early 60s for the film.


Upon their first meeting in 1957, second-grader Juliana Baker knows its love when she meets fellow classmate Bryce Loski. The problem is, Bryce is clueless to these emotions and tries for the next six years to keep this outspoken, unconventional girl at arm’s length.

The years quickly go by and before you know it, it’s 1963 and the pair is in seventh grade, Juliana (Juli) (Madeleine Carroll) is still determined to have her first kiss from Bryce (Callan McAuliffe) and Bryce is still trying to get a handle on his emotions, believing he has no feelings for his intriguing neighbor.

Bryce messes things up with a few bad choices and loses Juli’s respect; he refuses to admit he misses Juliana’s constant attempts to win his affection.

Despite his determination Bryce’s feelings flip when there’s a basket boy auction at school. Who will bid on his basket and have lunch with him? He dreads the moment uncertain of the outcome.

I would love to tell you more but it would be just wrong to spoil it for you. Instead here’s a trailer to the movie Flipped.

I feel there's a sweet innocence to this movie and director Rob Reiner lets you see it through Juliana and Bryce's point of view.


I find it's not only a romance but a mixing of two families; it's interesting to see how Bryce deals with his dad who is critical towards their neighbor.

I hope you enjoy.

Illustration Image by iStockphoto
Posted by Angelique Newman at 10:26 AM